Hotting up on and off the track at Silverstone

We all knew it was coming some day; Max and Lewis have been flirting with the idea of a crash all season. And after that feisty 8 turn battle on lap one, it was no surprise what happened at turn 9 Copse corner. In the scorching sun at Silverstone, (I was there, it was roasting) Max and Lewis came together at one of the fastest corners on the calendar. Red Bull were fuming, Toto was emailing the FIA and a Ferrari led 49 laps of the 52-lap race(?!). Oh, and we had the small matter of sprint qualifying and 140,000 fans back at Silverstone. Brace yourselves, this could be a long one… 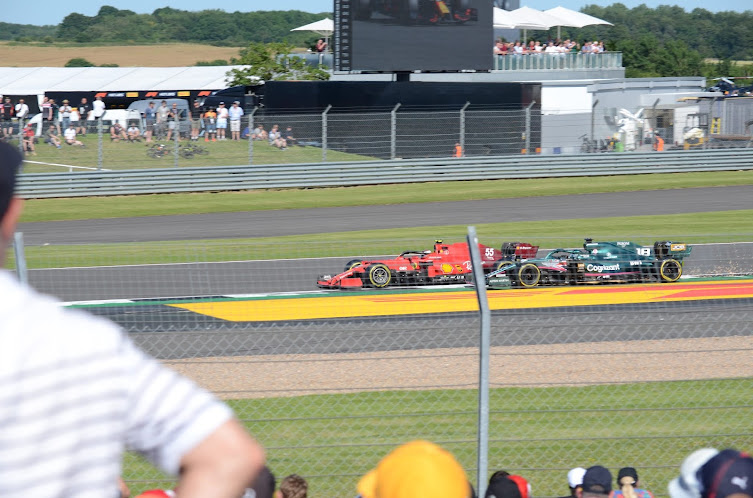 Let’s start off with saying I’m very glad Max is okay. A 51-G crash is no joke, and it was good to see him walk out of the car after that crash. I don’t think Hamilton’s celebrations were ‘disrespectful’ as Verstappen said in his Instagram post; he didn’t know Max was in hospital and he had an incredible comeback drive to secure the win. I do think Lewis was slightly more at fault, he didn’t make the apex and could have backed out of it. But Max did have more space to the left of him and almost expected Lewis to back out. The problem with Max is that he expects drivers to back out when he’s going for a move, and Lewis didn’t, meaning Max unfortunately lost out. For me, the 10 second time penalty was fair as it was slightly more Lewis’ fault. However, it shouldn’t have been anymore and the people calling for Lewis disqualification are clearly Super Max (Super Max, Super Max Max Max) fans. 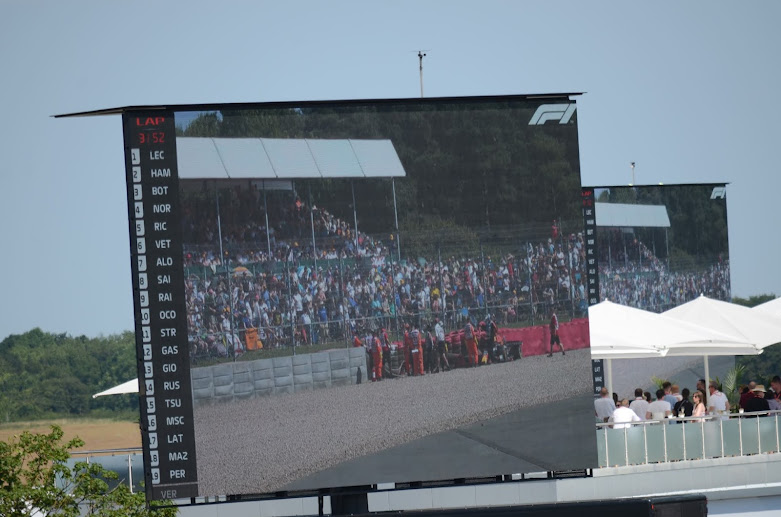 Lewis had a phenomenal drive after the incident, seemingly making that hard tyre work an absolute dream. He was struggling on the mediums and couldn’t get past Leclerc. And after he took his 10 second penalty, I thought there is no way he could win this race. But we watched down at Stowe corner, the gap getting closer and closer, and by lap 45 I thought he could do this. 5 laps later he passed Leclerc and the atmosphere was phenomenal; the cheers absolutely roared around Silverstone. It was a very impressive drive from both Lewis and Charles and was heart-breaking for Charles to not get that win after leading 49 laps. I think it was written in the stars however; Lewis winning his home grand prix in front of 140,000 fans.

I say it’s now an official rivalry as all epic rivalries have these flashpoints. Prost vs Senna, Schumacher vs Hill, Hamilton vs Rosberg. All these rivalries had a flashpoint where the drivers came together and now we can consider Max vs Lewis an official epic rivalry. There’s now only 8 points in the drivers’ championship and only 4 in the constructors’. With Red Bull lodging another complaint against Hamilton, I think Hungary is going to be a spicy weekend. I. Cannot. Wait.

McLaren and Ferrari have another strong showing

McLaren and Ferrari confirmed another step in their retrospective comebacks to the front of the grid. Both had very strong weekends, filling out the rest of the positions in the top 6- with Bottas obviously sitting in his classic 3rd place. Tbf to Bottas, his water bottle broke halfway round the race and he must have been absolutely exhausted at the end of the race. 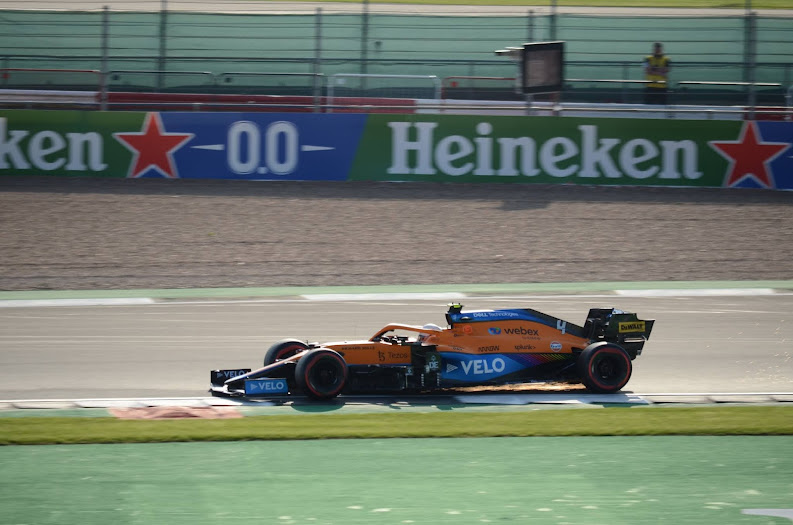 But back to McLaren and Ferrari, they showed some great pace in all three key sessions during the weekend. Lando had a great weekend, finishing in P4 in Sunday’s race with his teammate just behind him. Danny had a great weekend as well and managed to keep the fast Spaniard Sainz behind him all race. But all 4 drivers collectively had very good weekends and they’re gonna have to keep that up all season, because I can see this battle for 3rd going all the way.

We sadly have to talk about Perez, who had an appalling weekend. Having a spin in the sprint qualifying and retiring the car, and then finishing in P16 in Sunday’s race, after Red Bull pitted him to stop Hamilton getting the fastest lap (lol). This could have been a great weekend for Perez; he normally excels in the race (where there was 2) and could have capitalised on some good points that were needed for Red Bull. This would have only added to the bitter taste that was left in Red Bull’s mouth; Christian Horner was particularly unimpressed. I understand emotions were running high, but I think it’s a bit childish from Red Bull this reaction. Still, Drive to Survive is gonna be spicy and Perez needs to up his game.

Elsewhere, Alonso had a great weekend and made the most of his soft tyre in the sprint qualifying. With seemingly a contract already confirmed for 2022, he’s surprised me with some of his performances this season and I think he’s doing well. Stroll, Ocon and Yuki rounded out the top 10 with good drives from them in the race.

And once again, we need to talk about George Russell. The roar he got when he first put his Williams into P7 in Q3 was immense. I was sat in Becketts (which was nicknamed the George Russell fan club) and he got the loudest cheer all day as he drove past. Such a shame he got that penalty in the sprint race as he could have fought for points in Sunday’s race, but once again it wasn’t to be for George Russell. His time will come; if we keep manifesting it, he WILL get his points for Williams. 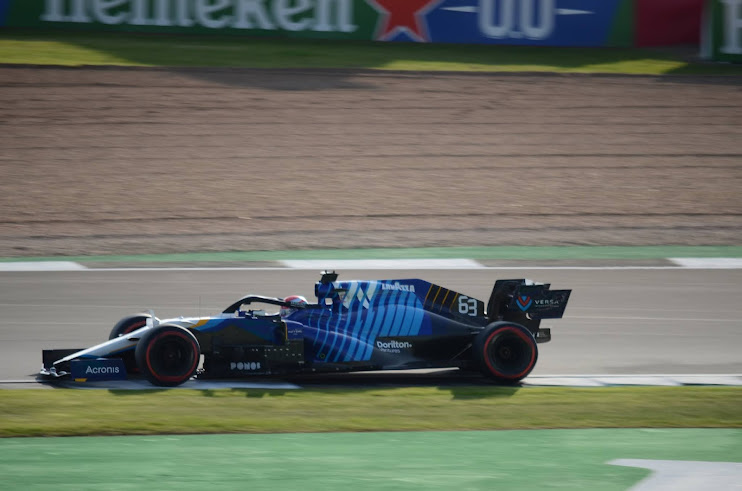 In contrast to what we expected, sprint qualifying wasn’t the most controversial event of the weekend. In fact, I think it could be considered a big success. It worked for me, as a fan at the track, because it meant that I got to see a key F1 session on all 3 days, instead of just the practice sessions which I would have seen on the Friday. Early evening qualifying was fantastic, and the 30 min sprint race was exciting and fun. I mean, who doesn’t want to see more race starts?!

I’m not sure how it played out on the telly, but I’ve heard that it also went done well. I think it’s a format that works at select weekends, where there’s loads of passionate fans and where there’s lots of overtaking opportunities. This wouldn’t work at Monaco for example, that would be very boring. But at Silverstone with 110,000 fans there on the Saturday, it went down very well. 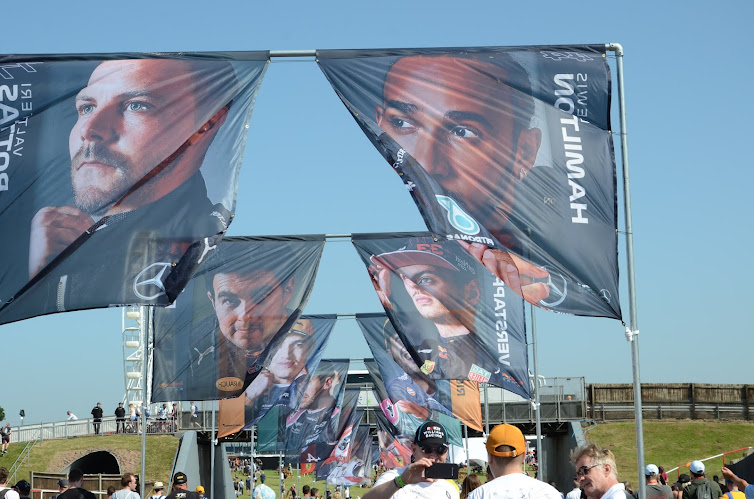 I’ve got to also do a quick paragraph on my first F1 weekend. It was absolutely amazing and there was so much to watch on track. Not only did we have the F1, but we also had the F2, W Series and the Masters GT competitions, which obviously came with practice sessions and numerous races. The atmosphere was electric all weekend and some of the speeds these cars carry round corners is seriously impressive- like you don’t get a sense of how fast they go on telly. If anyone is considering going to a Grand Prix, go. I’ve already put some money away for Silverstone next year and I’m buzzing for it already.

Well, I told you it would be a long one didn’t I. But there were lots of talking points, from what was a fantastic weekend of racing. We have Hungary this weekend, which has produced some good races in the past and with the way this season is going, I reckon it’s gonna be another corker. Bring it on.