This weekend we were back in the streets of Monte-Carlo and my word it was beautiful. Just watching the cars belt round the street circuit was incredible. Qualifying was amazing and an absolute rollercoaster of emotions. Unfortunately we were denied an incredible last lap shootout, but it was still a thrilling session, highlighting why Monaco is one of the best F1 tracks around. And as for my opinions on the race, well I think that it was… “OH, WHAT HAS HAPPENED?! We need to know what he thinks, as we see Lance Stroll hitting the barrier and going over the kerb one more time.” 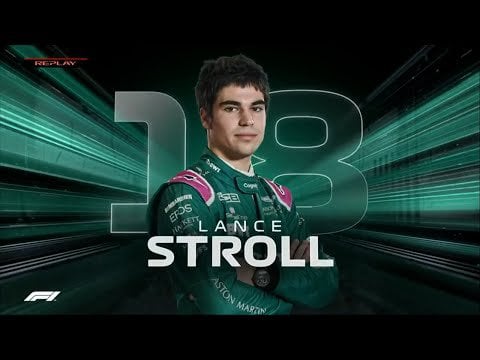 Ferrari up to their old tricks again

Charles Leclerc produced a mega first lap in Q3 to put his car on provisional pole but was down on his lap time on the second run and knew he needed to push hard to take pole at his home grand prix. He sadly pushed too hard and binned his car into the barrier, sustaining quite heavy damage to the rear of his Ferrari. Everyone was concerned that Leclerc was going to have to take a 10-place grid penalty for a new gearbox, but Ferrari conducted ‘thorough’ checks and ensured that his car was fine.

I’m not quite sure what these thorough checks were, but I reckoned they looked at his car for about 2 mins and said (in Italian obvs), “F**k it, that’ll do donkey.” The car was clearly not okay, and Charles knew this as soon as he left his pit garage. It was such a shame, because not only would it had been incredible if Charles competed for the win at his home grand prix, but it also would have made the race so much better. Verstappen had the better race car and would have been chasing Leclerc down for the win; instead we got Max effectively starting on pole and driving off into the sunset to win his first Monaco GP. Not taking anything away from Max however, he drove a supreme race and perhaps would have been on pole anyway if Leclerc hadn’t have crashed. Oh well, at least Leclerc’s DNS shut up those tin foil hat conspirators who claimed he crashed his car on purpose to get pole.

In contrast to Max, Hamilton was all over the place this weekend and had one of his rare rogue weekends. He struggled to get the car hooked up in qualifying, meaning he started in 7th place. Then during the race, he was hampered by a poor strategy and the fact he just couldn’t get past Pierre Gasly. I’m sure he’ll be back to his best in Baku, but the results of this race means the title race remains tight and very exciting; Max is now 4 points ahead of Lewis in the championship, with only 1 point between Red Bull and Mercedes in the Constructors. We’ve still got an unbelievable season to come.

Perez had a great race, really enhanced by Red Bull’s super strategy, where they managed to overcut 4 drivers and come out in P4 after the pitstops. Pretty impressive considering he started the race down in P9. And as for Bottas, when will this guy catch a break. This is his 2nd DNF in 5 races, both of which haven’t been his fault. Apparently his car is being sent back to the factory in the UK, because they still can’t get that wheel off. Very strange indeed and I wonder if Bottas is going to have to race with that soft tyre on all year round.

I mean we all know what I’m talking about; how did the race director f**k up that badly and not show us like the only bit of action that happened during the race? It was absolutely incredible seeing Vettel come out side by side with Gasly, racing up the hill together, and then bam… ANOTHER Lance Stroll replay of him hitting the kerbs. Like we get it, Lance drove over the kerbs; we didn’t need to see that replay twice, let alone during an incredible bit of action. And to make things worse, they showed us the replay of the Vettel overtake AND THEN cut that off halfway through, so we didn’t see the action… AGAIN.

The race direction was appalling all weekend, with them cutting away from drivers completing a fast lap in Free Practice and Qualifying, and just not showing us what we wanted to see. Thankfully this race director only does the Monaco GP, so we shouldn’t be seeing this monstrosity again, but I don’t think any of us will get over it for a while. We have got an incredible new meme format though, so every cloud.

The rest of the race was fairly standard, but we had two impressive drives from Carlos and Lando to finish P2 and P3 respectively. It was great seeing those two up on the podium together and showing us that their bromance is still strong. As mentioned previously, both Vettel and Gasly had strong races, finishing in P5 and P6 and it was good to see a big smile back on Seb’s face after his decent points haul. Danny Ric had another poor weekend and he just isn’t feeling confident in that McLaren yet. Lando is really showing us the potential of that car and it’ll be good to see what Danny can really do

At the back, it was standard procedure, with the Williams beating both Haas’ and Tsunoda, who really struggled this weekend. Tbf to him, it was his first ever time racing round Monaco so we can give him some slack, but he’s not quite yet showing us his potential that we saw in F2. And Mazespin beat Mick for the first (and quite possibly last) time this season, as Mick hit the wall twice over the course of the weekend, and I think that really knocked his confidence. He’ll be back to beating Mazespin again in no time though, I’m sure of it.

Why Monaco is still one of the best F1 races

The hype around Monaco this season was enormous, and I don’t think I’ve seen a race weekend be hyped up this much in quite a few years. The weekend as a whole was fantastic, and it sent shivers down my spine the first time I saw the cars going round that hairpin. But we all have to admit that the race was a bit boring. The results were incredible; an unlikely podium, unlikely points finishers and an even closer title battle. However, the race just lacked action and drama.

This is not the fault of Monaco though, it’s the fact that F1 cars nowadays are simply too big for a track like Monaco. Even back in the late noughties, the cars were so much smaller meaning that it was much easier to go for a lunge and try an overtake around this track. The cars are now too big and you can’t really go side by side at any point in the track, without risk of crashing. If the cars were made smaller in the future, then perhaps the drivers would have more confidence to go for an overtake and there would be more action during the race. The cars are also too difficult to follow, but this is something that hopefully changes with the new regulations next year.

Monaco is still a fantastic track though and the most recent Formula E race proves that, with so many overtakes happening throughout the entire race. It’s such a spectacle watching cars go round this track and if we even had a slightly better race, the entire weekend would have been amazing. Let’s hope that next year the cars are easier to follow so we see more overtaking, but unfortunately I think it will be difficult for the drivers until the cars are made smaller.

In two weeks time we have another street circuit in the form of Baku, which has produced some great races in its short history. Let’s hope we another corker in this exhilarating F1 season.